The Leesburg Campus site was previously home to special project personnel of the Florida Field Station, a division of the Signal Corps Ground Signal Service, which activated the station on 24 March 1943 at Clermont, Florida. Its primary missions were to engage in field testing of newly developed radio and radar equipment and to demonstrate such equipment for the Army Air Forces Board. The Station also assisted the Army Air Forces Board as required during its tests and sent all information to the development laboratories concerned to expedite the further development and production of the equipment. The Leesburg site was occupied by the Florida Field Station special projects personnel beginning in April 1945, but by August 1945 the entire station was moved from Clermont to the Leesburg Army Air Field.

Title
91st Service Group Mobile Unit.
Abstract / Description
From reverse of photograph: M.U. Boom - 91 SvG. "Members of the 91st Service Group use a mobile unit boom to repair a P-47 engine at the Leesburg Air Base in 1943." 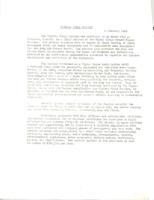 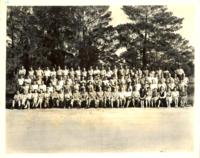 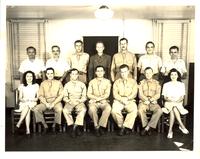 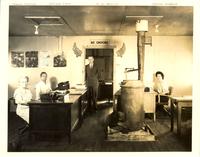