The Florida Legislature authorized Johnson Junior College as a result of the efforts of the citizens of Lake and Sumter counties. A lengthy study was undertaken to determine the need for a segregated college for African American students in central Florida. On January 1, 1962, Perman E. Williams was appointed president and authorized to organize the college. Mr. W. D. Tolbert, Dean of the College, joined the faculty on June 1, 1962. The college opened in September 1962 on the grounds of Carver Heights High School. Following the passing of the Civil Rights Act of 1964, Johnson Junior college was desegregated and became a part of Lake-Sumter State College, then known as Lake-Sumter Junior College. 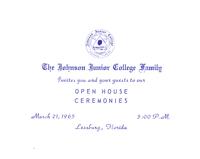 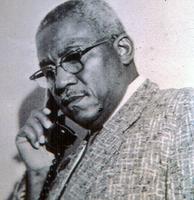